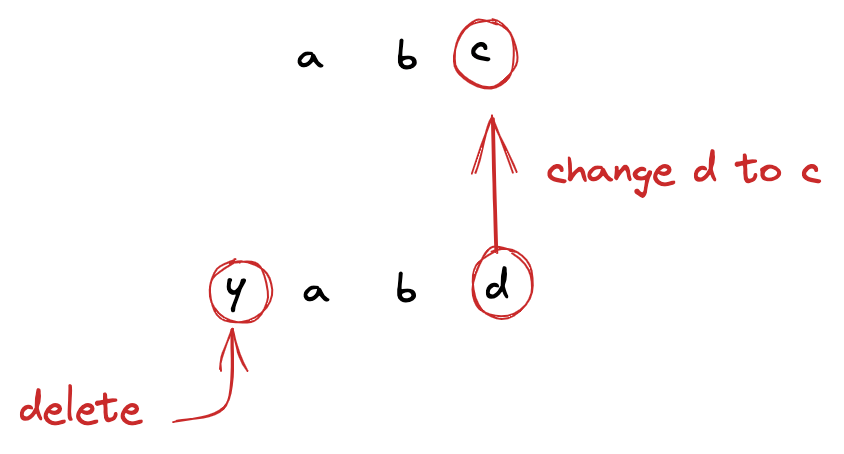 To convert abc to yabd, there are two ways:

Try creating a 2D matrix to store results. Is there a way to remember what were the previous computations?

This is a classic Dynamic Programming question. Can you try taking the Minimum or Maximum values of the array that you're going to make?